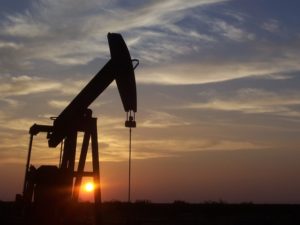 MARSAL COMMENTS: Russian scientists have announced a new invention that increases oil well productivity and capacity by six times! They have invented a new “Fracking” method that increases shale oil production by 1.7 to 6 times, and in some END_OF_DOCUMENT_TOKEN_TO_BE_REPLACED

Four years ago, we published in www.asmainfo.com, the Arab Stock Market Analysis website, a technical analysis forecast of crude oil prices which indicated the likelihood of oil prices dropping in 2014 towards US$ 33 per barrel ! Technical Analysis is a mathematical statistical tool to identify trends and possible future prices and as such sees what the naked eye, used to empirical evidence, does not see.

Even a non-expert in technical analysis can see from the attached graph that the oil price rise between 2003 and 2008 was very high and steep thus inviting a steep downward correction. Another steep rise occurred in the period between 2008 and 2014.

However, there is a sunny side to this storm. The same analysis indicated the possibility of oil prices rebounding up towards the US$ 200 – 250 range in a few years. But, such a rebound would be conditional on the World’s presently weak economies regaining their vitality, no alternative to oil is discovered and no devastating regional or world wars occur.

As for the direct causes of the recent crash of oil prices, a number of negative events came into play in close proximity of each other. The first was the rapid commercial development of Shale oil production and Fracking, which elevated the U.S. to become the world’s largest oil producer and dramatically shrinking its dependence on oil imports (It is now forecast to become a net exporter of oil in a couple of years). The second was the inability of the European economies to shake off their post 2008 recessions in addition to the slowdown in the Chinese, Indian and the Third World economies. Thirdly, the oil producers continued their pre-recessions production levels throughout this period. END_OF_DOCUMENT_TOKEN_TO_BE_REPLACED