As everything else, gold price is determined by supply and demand. However, it is also affected by the US Dollar exchange rate, because it is priced/Quoted in Dollars. If the Dollar rises in the forex market, gold prices tend to drop and vice versa. (Oil prices are similarly affected). END_OF_DOCUMENT_TOKEN_TO_BE_REPLACED

COMMENTS: As the world teeters economically as well as politically, many are predicting a major market and hence economic collapse, which could lead to wars. Gold is the age-old safe haven for dangerous times. Despite the END_OF_DOCUMENT_TOKEN_TO_BE_REPLACED

Russia And China Setting Up An Alternative To The Dollar?

MARSAL COMMENTS: On March 14th, Russia opened a branch of its central bank in Beijing, and earlier, China had opened a clearing bank in Moscow. Their objective is to facilitate trade settlement in Rubble, Yuan and of course, gold. END_OF_DOCUMENT_TOKEN_TO_BE_REPLACED

Gold price has dropped approx. 6% last week to around US$ 1,243 per ounce. Some analysts think that it may still drop another US$ 200 to as low as US$ 1,050 in 2017. These analysts believe that gold physical supply exceeds demand and will continue down until an equilibrium is achieved, and then upturn. END_OF_DOCUMENT_TOKEN_TO_BE_REPLACED

Opposite to Soros, Rothschild buys Gold!

It is now reported that the Rothschild group are buying gold. Lord Jacob Rothschild expressed his concerns regarding the stability of world markets, and stressed that in such turbulent and unpredictable situations, the preservation of capital becomes top priority – presumably more important than achieving a return on it! He has therefore sold part of his equities’ and placed the money in gold.

This is all very interesting, as a few days ago we pointed out that George Soros, who bought lots of Gold at the beginning of the year was reported to have unloaded his gold holdings and gone short on practically everything including equities and the SP500 index. END_OF_DOCUMENT_TOKEN_TO_BE_REPLACED

George Soros, the Hungarian/American billionaire investor/political activist is as controversial as they come. He became famous, and a lot richer, when he sold the Pound Sterling short in 1992 and received the title “The Man Who Broke The Bank of England”. He also contributed to the currency crisis of 1997 in South East Asia. And a few months ago, stated that the Chinese Yuan is overpriced and due for a correction.

More recently, Soros was in the news buying huge amounts of gold, including gold mining shares and gold futures. Yesterday, he sold off his gold holdings!  Is gold going down the drain? 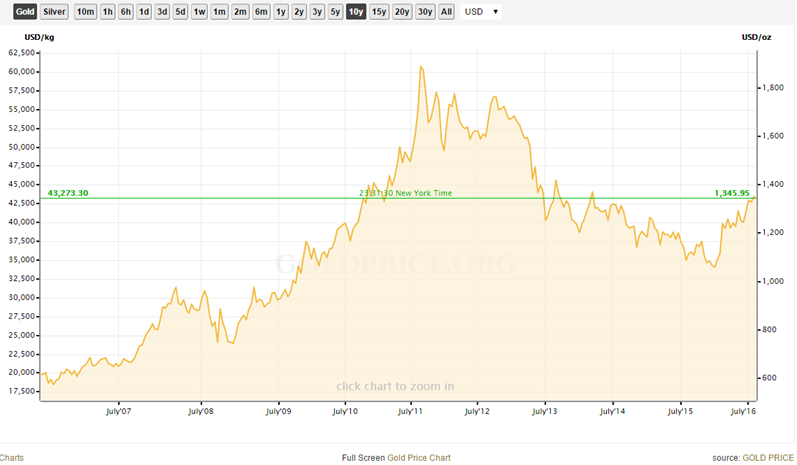 Possibly, but the market still seems to be bullish on gold. Not to mention that Russia and China have been stocking up huge quantities of gold for over a year now, to reduce their reliance on the US Dollar as reserve currency.

With the reluctance of the US Fed to raise interest rates, probably till the end of 2016 or even till Q1 2017, and with the world political tensions rising at an accelerating pace, one would expect gold to remain in demand as a safe haven.

Then, what is Soros doing selling gold? Profit taking? Possibly, but let us not forget that he is basically a trader and his forte is shorting. Traders have an itch to alternate between bullish and bearish positions, and the bigger and louder they are, the more likely they are to impact the market in their direction – even if only in the short term.

It may not be wrong in the short term, to follow closely in the steps of Soros, the Wizard, but hope he doesn’t veer unbeknownst to us.